League Park opened in 1891 and was home of the Cleveland Indians. It was dismantled and rebuilt by the 1910 season, and differentiated from other fields in that the playing area was shaped like a rectangle. League Park was renamed Dunn Field in 1920 for the owner of the field, James Dunn, but was renamed League Park again in 1927. The Indians moved to the Cleveland Municipal Stadium for the 1932 - 1933 seasons and began playing weekday and holiday games at League Park in 1934. This lasted until 1947, and the park was demolished in 1951. 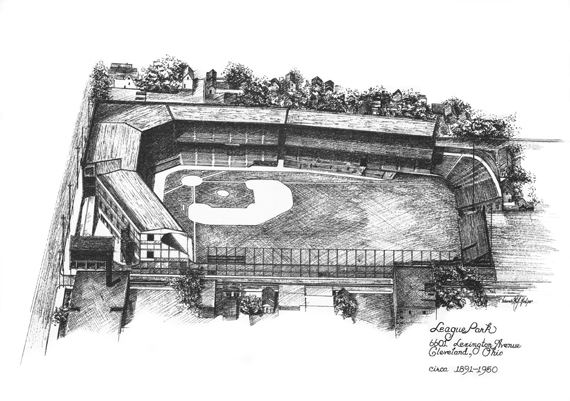